UN/UNHRC: What about the war crimes of ‘Aunty’ Adele Balasingham? 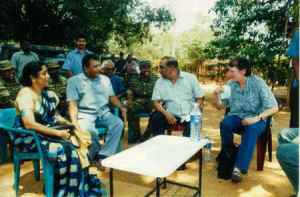 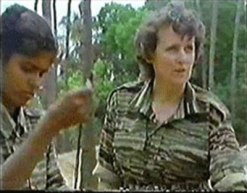 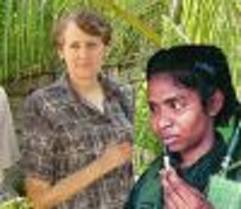 The white tiger lives in London and none of her crimes ever gets even a word of mention in the halls of humanity. Adele Ann Wilby Balasingham is directly responsible for denying a child’s fundamental rights by turning children as young as 10 into child soldiers and ordering them to commit suicide by biting into a cyanide capsule which she gifted at the end of the training. We do not know how many children she trained, nor do we know how many of those children are alive to tell their tales of woe but we do know and sufficient evidence is at hand to prove she was culpable for turning innocent children into killers and making them commit suicide as well. Two crimes for which she needs to be indicted. The problem is why is she happily living in the UK and none of those claiming to fight for truth and justice are bothered to demand that charges be pressed against her?

‘Accountability’ must start with charging Adele Balasingham for turning men, women and children into killers, kidnapping them from parents, giving them training in arms, placing suicide vests on them, drugging and brainwashing them into killing others and taking their own lives – can a nurse be proud of by adopting euthanasia into cyanide capsule and asking her trainees to kill and die at the same time? Adele called them ‘Freedom Birds’ and even wrote a book on them!

In 2014 Sinhala expatriate groups and individuals in Australia, Britain, Canada, the Middle East, New Zealand and the United States say that they have “petitioned the Sri Lanka Government to seek the extradition of Adele Balasingham from the UK and put her on trial in Sri Lanka for her terrorist activity and crimes against humanity spanning three decades.”

No UN, foreign envoy, human rights organization can claim to seek justice for children and their rights if they omit to demand legal action against Adele Balasingham for her crimes which are beyond reasonable doubt. Why are they not taking legal action is the question we are all asking in particular the UK Government and leaders who deliver plenty of speeches and statements on justice and accountability while keeping silent about action against Adele!

This entry was posted in Uncategorized. Bookmark the permalink.