Prabhakaran’s schoolmate calls on LTTE sympathisers not to revive Prabhakaran 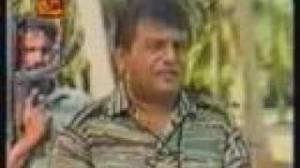 May 11, 2013 3:15 pm
In a message, a schoolmate of Velupillai Prabhakaran who actively supported the LTTE in the past, has said that measures should be taken to prevent any sort of terrorist violence from occurring in Sri Lanka in the future.

Prabhakaran’s schoolmate Gunasundaram Jeyasundaram revealed to the world the ignorant acts committed by Prabhakaran during his school days and the brutality of Prabhakaran during terrorism. Gunasundaram Jeyasundaram who had obtained Irish citizenship was arrested by the Terrorism Investigation Division on 5th September 2007. After lengthy investigations it was revealed that he was the schoolmate of Prabhkaran and a powerful leader of the LTTE. Jeyasundaram who was engaged in business in Singapore and Malaysia was found to have sent a stock of warfare equipment to the LTTE terrorists. At the time of his arrest he had been engaged in purchasing a ship for the LTTE. An extensive court hearing was held against him and he voluntarily made a statement before the High Court on the 10th of this month. He revealed about the LTTE activities on the local as well as foreign soil. In an open statement he called on all communities to live harmoniously and not to foster extremism and communalism. He also said that he maintained contact with Prabhakaran from his school days and actively supported him. He voluntarily admitted that he met sea tiger leader Susai, political leader Thamilselvam, Chief of Police Nadesan, International leader Castro, and financial leader Thamilendi. He also revealed about the discussions held with Shammugasundaram and Kangaraj Ravi Shankar who were conducting LTTE activities abroad. He admitted to purchasing maritime warfare equipment for the LTTE and distributing them in Vanni through the LTTE boats. He also admitted to his wrongdoing and expressed his regrets about supporting the violent agenda of Prabhakaran and his terrorist activities. Gunasundaram Jeyasundaram called on the LTTE sympathisers to renounce all forms of violence and support to separatism. He said that LTTE functionaries abroad such as V, Rudrakumaran, Fr. S. I. Emmanuel, Perinpanayagam Sivaparan alias Nediyawan should immediately cease their actions as they are doing more harm to the Tamil community living in Sri Lanka. He called on the LTTE activists abroad not to cause the same suffering to the Tamil people who have suffered for 30 years due to the terrorism of Prabhakaran. He also admitted his failure to disclose the facts related to the brutality of Prabhakaran and expressed his willingness to undergo a period of rehabilitation before integrating in to society.